Family offices are becoming an increasingly important part of the venture capital (VC) landscape. In fact, a recent Ernst and Young report found that there was a 10-fold increase in the number of family offices between 2008 and 2017.

These organizations have had to rapidly shift amid the COVID-19 pandemic and other factors: placing an increased emphasis on diversity, adjusting their meeting and decision-making practices from in-person to virtual, and facing challenges in communication between GPs and LPs.

At the start of 2020, and again after the onset of COVID-19, Kauffman Fellows and First Republic Bank surveyed family offices to better understand their current investment theses and outlooks, as well as how the pandemic has changed family office outlook. Find the full report here, and a summary of the top findings below.

Product and Service
Banking for You

The survey included family offices from around the world, with 83% being in the United States and 17% being international.

Survey respondents included individuals from all levels of the organization – from analysts up to the firm leadership. In this case, 72% of responses were from founders, managing directors, and C-level executives. 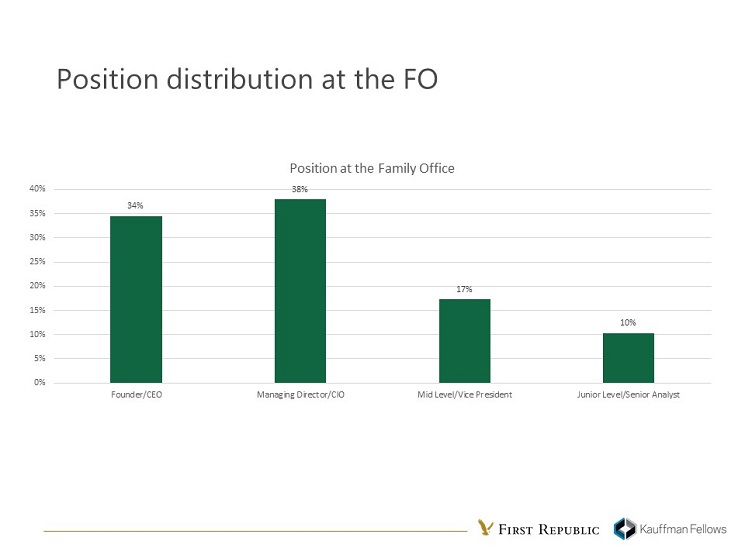 Of the executives interviewed, over 60% of key decision-makers were 55 years old or older. The age of these decision-makers likely had a strong influence on the survey results, including their investment theses and sentiments towards diversity.

Among those surveyed, the average venture capital (VC) allocation for family offices was 10%.

The vast largest areas of interest were sector-focused firms and micro-VCs. The average allocation was over $2.5 million, with the maximum commitment being $10 million and the minimum being just $25,000.

Perhaps surprisingly, family offices said they would still add two new VC fund managers this year despite the turbulent macro environment. This is the same number as they added in 2019. 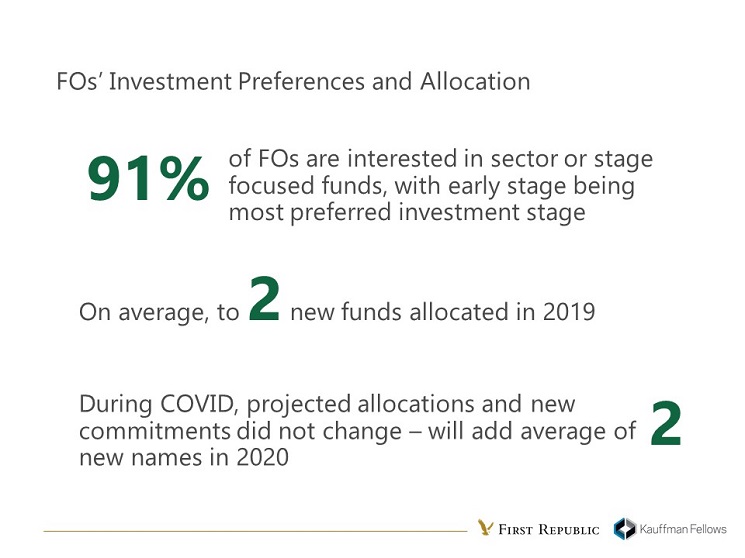 A large majority – 91% – of FOs are interested in sector or stage-specific funds.

Data from the Kauffman Fellows Research Center shows that gender diversity and ethnic diversity are drivers of higher returns for investors. So, it stands to reason that family offices may want to put more emphasis on investing in diverse fund managers.

The topic of diversity promises to continue to be a top consideration for family offices in the coming years. 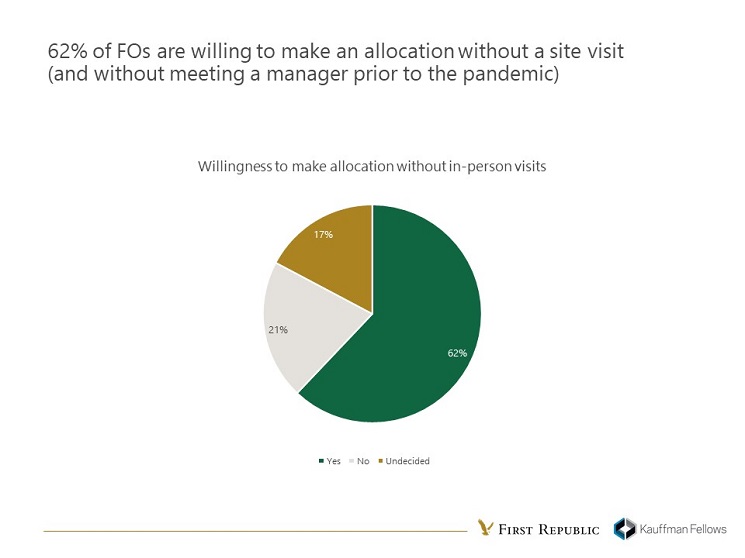 Impressively, a large number of family offices have adjusted to the times. In fact, 62% of family offices were willing to make an allocation to a fund without a physical site visit or meeting the manager in person.

Looking at the last economic downturn, a number of well-established brands like Airbnb (founded August 2008) and Uber (founded March 2009) scaled during tough times. Family offices and limited partners (LPs) do not want to miss any opportunities.

In addition, FOs seem to be well capitalized. 97% of family offices have no changes to their capital calls due to COVID or the subsequent lockdown. Only 3% expect to delay capital calls.

On the other hand, family offices are also facing unique challenges in the current environment, and expressed a few key concerns. For one, family offices surveyed reported that some general partners (“GPs”) are attempting to deploy funds too quickly. The second most troubling factor is inconsistent communication from GPs to LPs. For those raising funds, it’s critical to pay particular attention to these points. 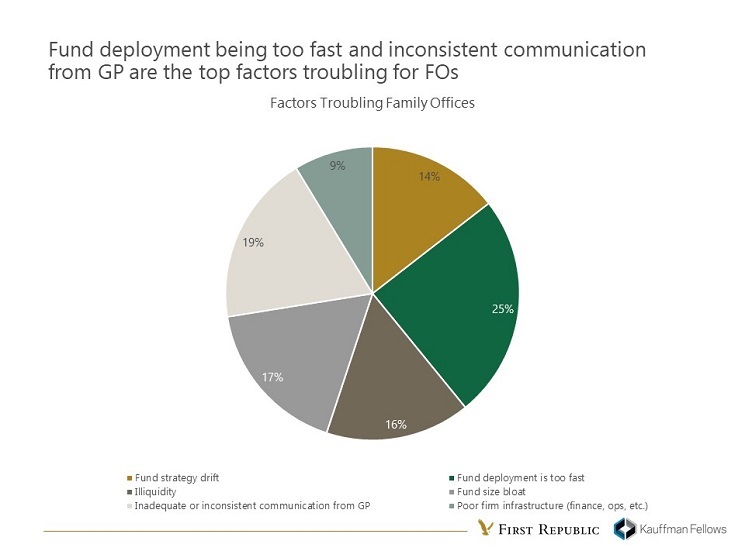 Despite the uncertain social, political, and environment factors, First Republic data shows that the outlook for venture capital is positive on several fronts. Overall, those survey reported high confidence in the future of the venture industry: The average survey response was 8 out of 10, where 10 was the highest confidence.

Family offices plan to increase their allocations into venture capital and private equity. They also plan to continue investing in fund managers this year. And most FOs are adapting to the new conditions, including making allocations without meeting in person.

In general, outlook is positive. It’s likely that family offices will continue investing in VC largely due to the outsized returns generated by startups the last time there was economic uncertainty. All signs point to this period of volatility pointing the way to positive change and continued growth in the coming years.

Banking for Your Early Stage Company

See more results
Connect with us