When First Republic launched its emerging manager initiative in 2012, fewer than 100 venture funds operated in the below–$100 million zone. We anticipated this market segment would serve as a vital component in redefining the venture landscape. Seven years can make an incredible difference.

After anticipating the potential impact, we created a simple suite of services to help emerging manager clients launch and scale new venture franchise. This included everything from resource hubs to customized data to fundraising advice and assistance. This small circle of firms inspired a shift that led to tremendous opportunities for various others.

Today, First Republic is tracking nearly 900 active micro-VC firms in the United States. In fact, over 100 new micro-VC firms have been formed every year since 2015 — with few signs of slowing. And while more than half of these firms are somewhat predictably located in California and New York, the phenomenon has nonetheless branched out with modest-yet-substantial blooms of similarly sized firms in Colorado, Texas, Chicago, Boston, the Pacific Northwest and elsewhere.

Research
The State of Gender Compensation in Venture 2022 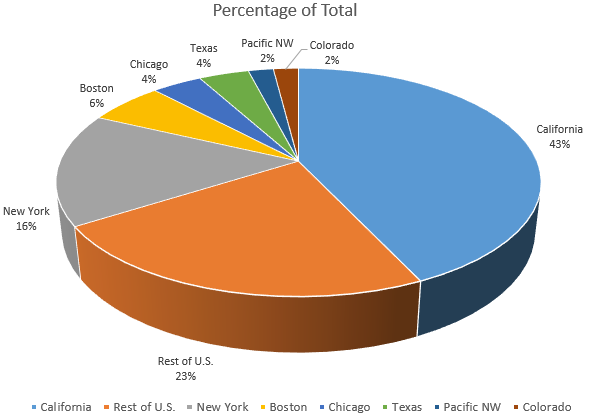 So how can a potential established partner help nurture this ongoing micro-VC revolution?

The key is to think beyond banking. While financial services play an integral role in success, this means developing and constantly honing a suite of services designed to empower emerging managers as they launch and scale new venture franchises. Such a suite should be tailored to a given firm’s unique set of goals, needs, resources and market context. Some firms may need fundraising advice. Others will likely be seeking help to access particular networks or data. Still others will need assistance connecting to various disparate resources necessary to create synergy in a particular under-tapped corner of the market.

It’s an amazing time to be involved in micro-VC. The fact that previous firms in the space, such as Forerunner Ventures and Felicis Ventures, have subsequently raised more extensive offerings only serves to inspire others to consider a similar path.

After all, as the past several years have demonstrated, what is possible only continues to expand.

One need not rely on mere statistics and charts to confirm this: To gain an appreciation of the breadth and diversity of firms operating in the space, visit our micro-VC tracker, a fascinating overview tool created to drive visibility to entrepreneurs, limited partners and venture firms. All of these firms’ last fund was $100 million or less, and they operate in a commercial zone that barely existed a decade ago.

The list is almost certainly not exhaustive. It is frequently revised and expanded. Indeed, if you are aware of a firm that should be included — or, alternately, have its entry edited — please use this form. We plan to add other fields, ranging from investment focus to imputed average initial check size to known fund size.

As micro-VCs continue to multiply and fill the gaps in the funding marketplace, higher numbers of small enterprises will have an opportunity to gain a foothold in the startup world — and, in many cases, to test and solidify their ideas faster. It’s a new day in the history of venture capital. We’re gratified to have been a part of its dawn and intend to continue to play a productive and pivotal role as this revolution heads into an even brighter future.

A version of this article originally appeared on Medium.