Advice for Creative Professionals Paying Back Their Student Loans

In high school, Jillian Macklin would prank call her friends, pretending to be their parents or school administrators. “I’m like a parrot,” she says. “If I hear it long enough, I can pick it up.”

Which is to say Jillian was pursuing her passion for acting long before she had any inkling it could be a viable career—or that receiving top-notch training would require borrowing a considerable amount of money.

Debt-free after undergrad, Jillian enrolled in the New School and graduated with an MFA in drama and theater arts last year. To pay for the three-year program she took out $60,000 in student loans—which, due to accrued interest, now hovers at around $70,000.

Gig by gig, Jillian is building her acting career in New York. In the back of her mind, however, is the knowledge that not only does she owe a lot of money, but the figure is growing by the minute. And she is far from alone in her anxiety: Around 44 million Americans have amassed more than $1.5 trillion in student debt. But the scale and ubiquity of the experience doesn’t mean it’s easy to talk about or navigate.

[Watch: First Republic’s documentary on the impact student loan debt has had on four individual's lives.]

We spoke with Jillian about what she wished she knew before taking her student loans out as well as her advice for other creative professionals who are figuring out payment plans.

Before I called to figure out my student loan repayment plan, I looked up everything. Google was my best friend.

Refinance your student loans – fixed rates as low as 1.95% APR with discounts.
See your rate

You graduated from college in 2010—essentially at the height of the recession. What did your career path look like? What made you eventually decide to pursue an MFA in 2015?

I had about 16 different jobs: I was a nanny. I was a personal assistant. I helped with taxes. I did theater. I did a show, and afterwards they were like, “Instead of taking classes, why don’t you go to grad school? Kill two birds with one stone: You can do the training, but you also have a degree. You can teach on a collegiate level if you want to.”

The person who did admissions at the New School, I liked. Sometimes with auditions for grad schools, it’s very, ‘What can you do for us?’ rather than ‘What can we do for you?’ For acting, you need to trust who you are going into the room with. They break you down and build you up in the same day.

What did the decision to attend mean for you financially?

The program was $60,000 a year—and that’s not including books and costumes. The school gives you a small stipend of a scholarship, which doesn’t put a dent in anything. You’re in classes 14 hours a day, six days a week sometimes, so working a regular job is out of the question. [Without the loan] I don’t know what other way I would have gotten through grad school.

You graduated with an MFA last year, which is great - congratulations! But it also means you have to start paying your student loans. What has that process been like so far?

You get an email explaining that the grace period ends six months after you graduate. The rate they originally had me at was $800 a month. [To qualify for a lower income-based repayment plan] they asked for pay stubs. As an actor working gigs, I don’t have a regular pay stub like a doctor or lawyer might. They told me later on that my pay stubs don’t count as a source of income. Anyone who has a creative career doesn't count in the system. The only way I can show my income right now is through my tax returns. They gave me special leeway for another month to get my taxes in. I have to turn in that paperwork to show them, “Hey, there’s no way I can pay you $800 a month!”

[Learn More: Is student loan refinancing right for you?] 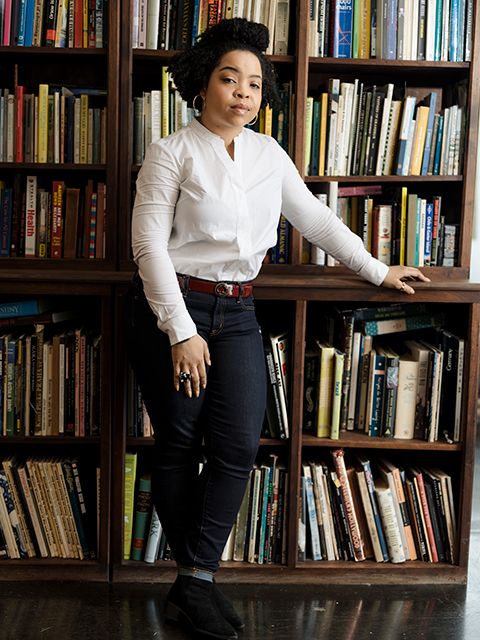 What do you wish you’d known about your loans before taking them out?

I didn’t realize that when you take out that first loan, the interest starts accruing immediately rather than after the grace period ends. So I accumulated interest for three years without realizing it.

Each year you get an email that has an application for a new loan. For each of [my federal loans], which I also found out, the interest rate is decided by Congress, so all of my interest rates are different. For my last year, the interest rate was 6%. The others were around 5.2%. I also didn’t realize you don’t get to choose your loan provider. [Before the grace period ends and payments are due] they don’t tell you who your provider is and how that works.

When I called [the loan provider], the recording was like, "A lot of people who work here pay student loans as well." I asked the guy on the phone, ‘did you pay your student loans off?’ He was like, "Yeah, I did but I didn’t go to a school like you. I went to a trade school, so I didn’t have that much money I had to pay back." I was like, "What about interest?" He was like, "I paid it upfront." I am still paying interest, not the actual loan itself.

Any advice for students who are considering taking out loans?

Read the fine print. See if there is any way you can shelve money [to pay] for just the interest itself. Like, "Oh, I have birthday money....I can put it towards the interest!" If I’d known about the interest, I would have been paying it off as I went to school. I also would have seen if the school had any other ways of helping in addition to the scholarship. 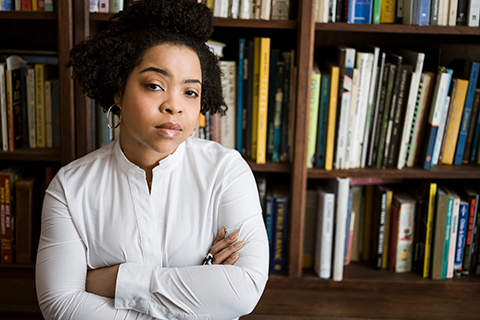 What about for creative professionals who are in the process of figuring out their payment plans?

Keep a paper trail—not only for yourself but also in case they mess up something in the system. Write down all of the documents you send in and date them. They have dates on their end but I want to make sure we’re all on the same page.

Also, do your own research outside of what you are given in the email. Be informed so you can figure out the payment plan that works best for you.

Before the first time I called to figure out my repayment plan, I looked up everything. Google was my best friend. I took notes to figure out which questions I wanted to ask while I had them on the phone, like, “Is there a limit or a maximum to how much you make to qualify for an income-based payment plan?”

Is there any comfort in knowing that millions of Americans also have student debt?

I don’t feel like I’m alone. But it also feels like, this has been happening for so long—there has to be a better way. It makes me feel better that other people are in the same boat with me, but also kind of sad. We shouldn’t be in this boat at all, trying to stay afloat—literally.

The views of the interviewee of this article do not necessarily represent the views of First Republic Bank.

Use our free student loan refinance calculator to know your interest rate.