Choosing a career path is not just about pursuing your dream anymore. A pileup of student loans can affect other goals, like starting a family, buying a home or retiring. In fact, according to a study by American Student Assistance, 53% of student loan borrowers say that debt had a considerable impact on their career choice. Those graduating in 2018 with medical degrees face an average of $196,520 of debt post-graduation.

Married doctors Brian and Aimee Ostick were carrying over double that amount in 2011. They paid the full balance within seven years — and had three children along the way. It wasn’t easy, but it was baby steps that brought them big success.

As a follow-up to First Republic’s student loan documentary, we recently spoke with the couple in their Woodland Hills home about how they pulled it all off, from avoiding “Doc-Itis" to having no shame in driving a car with tinfoil hubcaps. Everyone with student loan debt can learn something — because no matter the means, it's what you do (or don't do) with it that matters.

“Having a budget reels you back into what’s important: being content in your space with your kids with simple things.”

Refinance your student loans – fixed rates as low as 1.95% APR with discounts.
See your rate

Did you two feel prepared to take on the financial risk of going to medical school?

Aimee: When I got into Jefferson Medical College, I don't think I could have told you how much the tuition was going to be if you asked me — I just signed up for it. I knew I wanted to be a physician and it was very competitive to get into medical school. I got into the one I wanted to get into, and I just thought, “However this needs to happen, it needs to happen.”

Brian: I was similar. I wanted to be a doctor, and Aimee and I had gotten into Jefferson and I thought, “Let’s do this.” It was probably a year or two into medical school when I started doing the math and the realization kicked in of “Alright, we need to pay this back.”

At what point did you start making a plan to tackle the debt?

Brian: After four years in medical school, I was driving 45 minutes each way to my residency and sitting in the car, thinking about the $550,000 total debt we owed and having cold sweats. I was a new father, a new husband and I was making a resident’s salary. One night, I Googled, “How do you pay off student loan debt?” and this thing kept coming up: Dave Ramsey and his plan that had seven baby steps. It really spoke to me because it reminded me of how we manage patients in the ER with the ABC method: First, we take care of the airway, then the breathing and then circulation. So I started listening to his podcast, and I thought, “If we break it down into small chunks, we could potentially pay it off.” Then I came home and told Aimee about it and got her on the same page.

What was the plan?

Aimee: At first we were spreading ourselves too thin and investing before our debt was paid off. After a few years of that, we decided to teach a financial literacy class and that meant getting serious. We started tackling the baby steps one by one: starting with creating a small emergency fund, then focusing first on paying off our nine student loan debts, starting with the one with the smallest dollar amount as in his plan.

Brian: A budget was key. We started having two budget meetings every month and still do. Before the month begins, we'll sit down and say, "Here's how much money we're going to make this month and we need to allocate it to this, this and this, plus we know how much we're going to pay on our mortgage and such. Midway through the month, we'll check in again when the kids are in bed and might say, "Okay, we're on pace in terms of groceries, but we're already over on our clothing budget. No more clothes for the month until next month." We started the plan in 2011, with a goal of being consumer debt-free in five years. It ended up taking six and a half because we added children and a mortgage along the way, so we had to play with the budget. 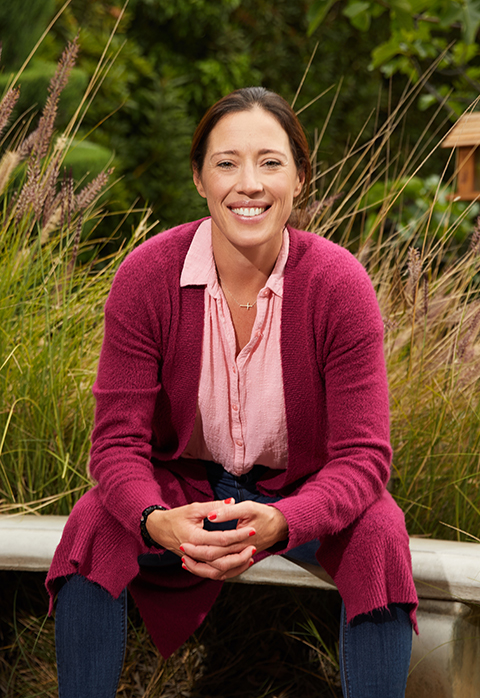 Aimee: A budget for me felt restrictive until I realized you can put whatever you want in there. You can have a line item that's self-care that allocates your nails or your hair, even when you're trying to pay off debt. It actually gives you freedom — your husband can't yell at you for buying shoes.

In hindsight, is there anything you would have done differently?

Aimee: We should have paid everything off faster. We probably should have kept renting longer and stayed in our first home purchase longer. Once we got more space (in our second home), not only did we double our mortgage, we experienced the Diderot effect — one upgrade requires more upgrades — and it seemed like we needed twice as much furniture and artwork to fill the walls and cars that matched the neighborhood.

Brian: Once we started getting aggressive with the budget, it forced our hand to look at other things: for one, the interest rates on our student loans, which were anywhere from two to six percent. We said, "Alright, if we can refinance that, we'll take a refinance." And that's when we called a friend who was a financial advisor, and he told us about First Republic’s1 student loan refinancing options. Once we got our rate substantially lowered towards the end of the original loan's term, it was only a year and a half and we'd paid it off. So, in retrospect, we would have refinanced sooner.

Speaking of upgrades, were you able to resist increasing your lifestyle once your income increased?

Brian: Doctors are culturally notorious for living up to a certain level of lifestyle — there's even a term for that called Doc-itis. But if you looked at the actual books their financial situation might not match the image. One of the doctors I work with got five Christmas trees one year (one for every member of his family). He said his plan was to die penniless. Aimee and I like to think we’re doing it the right way, even if we get teased for things like buying all our cars with cash. I drove a 2007 Toyota Yaris for years that had no hubcaps. The nurses would make fun of me, and once I went to the parking lot and they had put tinfoil hubcaps on it. But it didn’t bother me; I wore that car like a badge of honor.

Did anything surprising come out of your journey to becoming debt-free?

Aimee: When we started teaching what we learned, it really transformed our marriage. We came out of it as newlyweds and it cemented some core values between us. We had a strong line of communication around a topic that is usually really fraught in a lot of marriages, which for me is the biggest gift. And having a budget reels you back into what’s important: learning to be content in your space with your kids with simple things. It allows you to give up on a lot of the unnecessary expenses.

Now that you’re debt free, what are your financial goals?

Brian: We’d like to be financially independent and have the mortgage paid off by the time we’re 50. And our plan is to have as much money in retirement so we can live comfortably and at least keep the same lifestyle we have now without working. Let’s say we had x amount at retirement and we could make more money on the 4% that we withdraw per year from that investment account, and that's more money than we ever made as doctors, that's pretty nice. That compound interest is now working for us and we don't have to work with our brains and hands.

Aimee: Yeah definitely, I would like to have options. That way, if we wanted to take lower-paying jobs to work with the underserved, we could. I wouldn’t want to feel stuck with a lot of payments and no ability to take different opportunities. In terms of spending, we’ve got a bucket list of places that we want to go to (Patagonia for one!), and a bucket list of people and things that we would like to contribute to and help people and their family and other areas if we can. 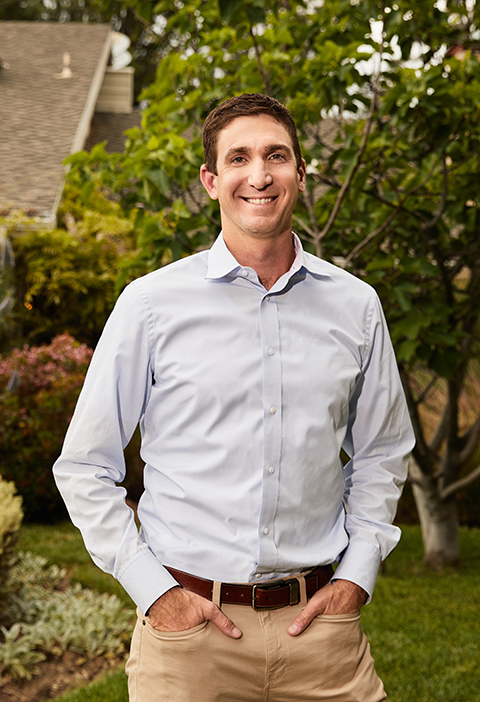 Would you encourage your kids to go to medical school?

Aimee: If they want to. I really love everything that goes on with it. You feel like you're really making a difference in peoples’ lives on a day-to-day basis, and you see people at their most vulnerable. If you can be somebody that can make that situation better or a little bit easier to go through… it’s a nice career. That said, if my daughter were considering going to medical school now, I would have her really look at college tuition numbers. I’d question what Jefferson might offer her that Penn State could for half the cost, for example. I’d also encourage her to be more aggressive than I was with applying for grants and scholarships.

Do you educate your children on finances?

Brian: We bought a financial kit that has three piggy banks labeled “save, give and spend” and six books with financial lessons for kids. And the kids do chores and they get paid an allowance. Just like being an adult: if you go to work, you get paid; if you don't go to work, you don't get paid. And eventually, we’ll get to other concepts, like compound interest, when it’s age-appropriate.

Any advice for new doctors who are just about to graduate, and might have a quarter of a million dollars in debt, on how to make smart money choices?

Brian: Yeah, when I hire a new doctor, physician assistant or nurse practitioner, especially if they're young and single and it's just them, I say, “You have such an opportunity right now to work like crazy for two years and pay it all off, and you'll be so set by the time you meet somebody to have a family. So really attack it early and don’t get Doc-Itis." 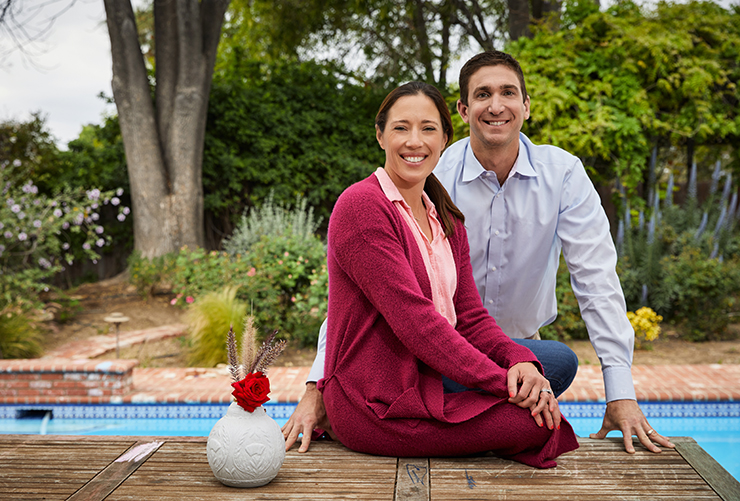 Use our free student loan refinance calculator to know your interest rate.

1. Terms and conditions apply. The terms of this loan may differ from your current loan(s). For example, this loan does not contain special features such as forbearance periods or income-based repayment plans available for some student loans. This loan may not be dischargeable in bankruptcy. This product is not available in all markets. For a complete list of locations, visit firstrepublic.com/locations. This is not a commitment to lend or extend credit. Contact your legal, tax and financial advisors for advice on deciding whether this is the right product for you.